While they might no longer be the number one toy in most markets there’s no denying that diecast remains one of the most popular methods to produce children and adult collectibles. Brands like Hot Wheels ensure that this tradition remains firmly rooted in kids, while diecast tanks and planes have become the de-fact choice for adult collectors.

With years of experience behind it, the world of diecast tanks is one that keeps on growing every year. The unique combination of nostalgic appeal, historical value, and elaborate toymaking is one that isn’t found in other collections. Diecast tanks will always be a popular pick and thankfully with every passing year collectors have access to more unique lines to choose from.

$504.57 $504.57
Buy Now and pay for shipment
Check Amazon
Unbeatable price for this german tank at 1:32 scale. This is a diecast metal with plastic construction. We also include a commander figure in this purchase.
8.8Expert Score
Awesome Display Piece

This is a Jadgpanzer VI diecast tank comes with detachable commander figure (the Panzer officer with a white pet cat), two tow cables and battlefields attachment. In the package, you can also find spare track fittings and ammunition boxes. The company Forces of Valor make this very detailed diecast German tank with love. It receives lot of positive reviews on Amazon. As of February 2021, this Jagdtiger German destroyer tanks receives 4.8 out of 5 stars.

So with all of that in mind, we’ll be taking a look at the wonderful world of diecast tank collecting to cover everything we can on this fascinating topic.

A brief history of die-cast tanks

The history of diecast toys began as early as the 20th century from the hands of industry giants like Meccano. However, while Meccano helped popularize the use of metal on mainstream toys its range of products was very different from what we know associate with diecast. As such when it comes to the idea of small metal-made toys based on vehicles TootsieToy was probably the biggest inspiration on today’s diecast market.

TootsieToy’s releases closely followed our modern idea of diecast toys, offering various vehicles on a small scale. However they were at their core very simple releases, with at most seven pieces: The main body, four wheels, and 2 axles. And that was for toys that managed to get more than one piece. On top of that early diecast techniques still had many issues to fix and as such, it wasn’t rare for these early toys to crumble due to zinc impurities or play.

The biggest hurdle for the rise of diecast tanks would be the popularity of tanks themselves. While tanks were deployed in WWI they were far from being a common sight and much less a popular one. This of course would change once World War II rolled out. With tanks being deployed by all major players in the war, and as key players both on the battlefield and propaganda tanks fully found a place in the mind of the average citizen.

This is an ultimate guide towards scale of a diecast tank

The post-war 40s and all of the 50s would prove vital for the development and rise of diecast tanks. With more advanced construction techniques available it became possible to build more elaborate and detailed toys. Matchbox’s arrival to the scene changed everything for diecast toys. These miniature diecast vehicles were suddenly one of the most popular and affordable brands in the market. And the company behind it, Lesney, would slowly introduce tanks into the line, granting diecast toys an “action” theme that would endure to this day.

While diecast tanks remain a simple and popular toy for many companies in the current century their largest appeal lies in the collector market. Taking advantage of a century of techniques and innovations modern diecast tanks are incredibly detailed replicas that can appeal both to history fans and general toy lovers in equal measure.

Did you know what is the most popular scale for diecast vehicle? 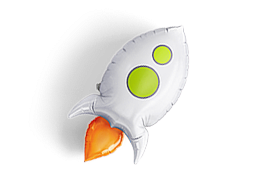 With the increased popularity of diecast toys and in particular, their renewed focus as a collector item came the prevalence of scales to divide the multiple toylines in the market. Scales allow collectors to know the exact measurements of the toy they’ll be receiving as well as to integrate tanks from multiple manufacturers into a single cohesive display.

If you are new to the idea of scales in collectibles don’t worry, we have a quick reminder for you. All scales are listed as “1/Number” and this showcases the relationship between the model size and its original inspiration. For example, if you took a 1/32 tank it’d take 32 of the toys to reach the length or height of the original vehicle. Likewise, for a 1/18 tank it would only take 18 of them. This means that the larger the second number is the smaller the model will be. You can easily make the conversion on your own with a simple rule of three or use an online calculator for it as well.

There are countless scales available for diecast tanks, but we’ll try to cover the main ones and what makes them unique:

The right tank line for you

Ultimately when it comes to choosing a scale it all comes down to what kind of display you would prefer. If you want to have a large collection that incorporates as many unique models as possible then 1/72 is the way to go. Going this scale saves you on display space and allows you to easily build dioramas around your collection as well.

1/48 is our recommended pick for those collectors that want to appreciate the fine detail of each tank and are okay with having a smaller collection. You will be able to see and appreciate the unique design of each model and they remain in an affordable range. 1/32 and larger is meant for your dream models. If you have a favorite tank and want a perfect replica that’s the scale you want to go.

But overall the world of diecast tank collecting is both extensive and inviting, so as long as you have passion for it we have no doubt you’ll find countless tanks to fill your collection in no time.

We will be happy to hear your thoughts

Most popular this month

AskTuning RC Model is an online store providing the best and not boring RC Toys for all ages. We are a participant in the Amazon Services LLC Associates Program. As an Amazon Associate, we earn from qualifying purchases when you click on a link that we recommend.